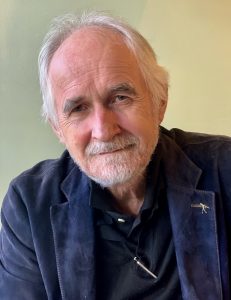 Dr. Michael Krausz is originally from Hamburg, Germany, where he was trained at the University Medical Center Hamburg-Eppendorf as a registered nurse. Following this he completed a residency in Adult Psychiatry and his Doctor of Philosophy, where he examined the associations between psychosis and addictions. In the mid 1990s, he became a founding director of the Centre of Interdisciplinary Addiction Research at the University of Hamburg and retained directorship at the centre until 2004. As a founding director, he was responsible for the German Heroin Trial, the European Cocaine Project, and several other notable addiction-related trials. He also served as Editor-In-Chief of two well-established European scientific journals; Suchttherapie and European Addiction Research.

Dr. Krausz is a founding member of the International Society of Addiction Medicine (ISAM), a Member of the Scientific Advisory Board of the Canadian Centre for Substance Abuse (CCSA) and the e-Mental Health Steering Committee for the Mental Health Commission of Canada (MHCC), and is Section Chair of the Informatics and Telecommunications in Psychiatry and Addiction Psychiatry Sections of the World Psychiatric Association (WPA) and Co-Chiar of the Public Policy and Psychiatry Section, WPA.

Dr. Krausz relocated permanently to Vancouver, Canada in 2007, and from 2009-2012 he was the Medical Director of the Burnaby Centre for Mental Health and Addiction with Vancouver Coastal Health. Currently, he is a Professor of Psychiatry at the University of British Columbia (UBC), the Providence Health Care/UBC Leading Edge Endowment Fund (LEEF) B.C. Leadership Chair in Addiction Research, and a Founding Fellow of the UBC Institute of Mental Health.

As a Senior Scientist at the Centre for Health Evaluation & Outcome Sciences (CHÉOS) and head of the Addictions and Concurrent Disorders Group at CHÉOS, Dr. Krausz’s research explores the relationship between early life trauma, substance use disorders, and other mental illnesses. His research includes the At Home/Chez Soi Study, the B.C. Health of the Homeless Survey, and the Study to Assess Long-Term Opioid Maintenance Effectiveness (SALOME).

More recently, Dr. Krausz has extended his expertise to include e-mental health. The Bell Youth Mental Health IMPACT Project (2012) was Dr. Krausz’s first endeavour in this area. Bell Canada’s philanthropic support in the amount of $1 million as part of their Let’s Talk Initiative was critical seed funding in the development of a new mental health platform, WalkAlong.ca, designed to provide youth who are experiencing depression and anxiety with resources to help foster mental wellness. In 2014, he was recognized for his tireless research and advocacy related to substance use, mental health, and housing security with the City of Vancouver’s Healthy City for All Award of Excellence.